It was November, 1966. My husband was in the Army and I was at home with our young son. Our second child was due in January. The princely sum of $183.10 a month (the Army allotment for dependents) didn’t go very far. First, I would lay aside the tithe, then the house payment of $64. Utilities came next and whatever was left over was earmarked for groceries. 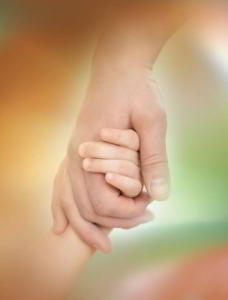 One night, I was looking in the refrigerator and cabinets. Three days before, I’d made a big pot of vegetable soup. I gave a bowlful to my son for breakfast, lunch and supper. He wasn’t a picky eater which made it much easier. To conserve what was left, I would have my bowl once a day. I knew the baby would take whatever it needed from me. But now the soup was gone.

As I surveyed the contents of the kitchen, all I found was a pint bottle of vegetable oil. We couldn’t eat that. I looked in my purse. Twenty-five cents. I went to the bedroom, knelt by the bed and prayed. I told the Lord He knew our circumstances. We didn’t have a phone or a car so I couldn’t contact relatives for help. It was up to Him and whatever His will was, I would accept it.

The next morning, the weekly ad came from the grocery on the corner a few blocks away. Artichokes were on sale for 10 cents each. Lemons were a nickel. There was no tax on food. Two artichokes and one lemon would make our last meal. It wouldn’t be practical but it would be delicious. I took my son by the hand and we walked to the store.

Coming out with my purchase in one hand and holding my son’s hand with the other, I saw a big black car that seemed to be headed straight for us. Alarmed, I pushed my son behind me. At the same time, I wondered what crazy person would be driving like that. Looking up, I saw the driver was laughing.

It took a moment to recognize him as my husband’s uncle. He got out, smiling, and said, “I thought I might find you here!” He had us get in the car so he could drive us home. It wasn’t far at all so we only exchanged greetings.

Parking in the driveway, he opened the trunk while I unlocked the front door. Then he began pulling out box after box of—GROCERIES! I couldn’t believe my eyes! He brought them into the house and told me the ladies of the church had been packing Thanksgiving boxes for the needy. He said his wife had told the others they had a member in the church who needed help as much as anyone.

I started unloading the food. There were bags of dried beans. Flour, sugar and cornmeal. Rice and split peas. Everything I could ever imagine we would need except for fresh produce. I could fix a real meal, not just artichokes cooked with lemon.

My uncle-in-law brushed off my heartfelt thanks with a smile and left me to the job of putting the food away. It was the most enjoyable thing I had done for a long time.

The next day, a neighbor took me to the Red Cross where I applied for and received a grant. When we got home, there was an envelope in the mailbox from my husband with $40. That, with the grant, gave me $70. I took out $7 for tithe and praised the Lord.

We got back in the car and went to the store. In 1966, $63 was riches when it came to buying food. For once, I didn’t have to choose between carrots and celery. God had blessed beyond what I could imagine. When I knelt beside my bed that night, it was with thanksgiving.