↓
Home » Was the Atonement to Appease an Angry God or an Angry Race? 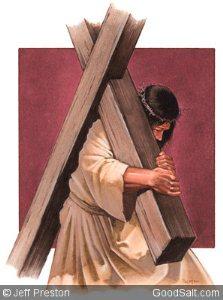 “But God commendeth his love toward us, in that, while we were yet sinners, Christ died for us.”  Romans 5:8

Was the atonement and sacrifice of Christ a matter of vengeance? Did God the Father send His Son to die because He needed to see someone suffer for the rebellion?  Do we serve a God that just has to see somebody suffer and pay the price for disobeying Him? Really, why did Christ have to die?

There is so much more to the atonement than we mortals can even begin to imagine. Satan would like us to be short sighted and only see God becoming a man and thus providing a human sacrifice to appease an angry God. Nothing could be farther from the truth.

It was God who wanted to make an atonement, not man. When God came to earth the angels announced “Peace on earth good will towards man” not “God is over in Bethlehem and boy is He angry with you, you’d better go over there and talk to Him and see if you can get this thing straightened out!” God Himself had already straightened things out between us when He became “The Lamb slain from the foundation of the world.”

God did not need to see His Son or someone else suffer in order to be satisfied. God says, “But he that sinneth against me wrongeth his own soul: all they that hate me love death.” Proverbs 8:36 It is not that God wants to see someone suffer but rather that the sinner loves death. God does not want us to love death, He wants us to love life! Romans 8:7 tells us clearly what the problems is. God is not at enmity with us but rather “the carnal mind [is] enmity against God.”

So why is the carnal mind at enmity with God?

Because we have bought into Satan’s lie that God is not a God of love. That He is really quite selfish and only thinks of Himself. The carnal mind also believes that only Satan and a lawless society can make us happy. Satan has deceived the human race into thinking that God is a selfish tyrant forcing people to worship Him and obey His laws because He is wrapped up in Himself. Satan deceived the human race and even a third of the angels into thinking that Satan is more concerned about our welfare and happiness than God is.

This is why there needed to be an atonement. Not so that an angry God could see someone suffer, but so that humanity could see the real character of God and the real character of Satan. God provided an atonement not so much for our sin but because our minds and attitude need to be healed.  (Salvation comes from the word, “salvo,” which means healing.  The Bible states Jesus came to save his people from their sins.  What this actually means is Jesus came to heal us by removing Satan’s lies from our minds, which is one of the things he does in  his work of cleansing the heavenly sanctuary). The atonement on the cross was not just for our benefit,  but it also revealed God’s character more fully to unfallen beings.

Satan the Murderer Paints God as Being Like Him

In Christianity the exact opposite is true. Our God sacrifices Himself so that humanity would accept Him as God and Savior.

In John 8, Jesus calls Satan a murderer from the very start. Who did Satan murder in heaven? Remember Jesus says if you want to commit murder, it is as if you already have. When Satan said he wanted to sit on the throne of the Most High there was murder in his heart as you can only take the throne if you kill the one already on it. Meanwhile, Satan is trying to convince the angels that God is selfish and he is the only one who cares about others. A third of the angels go with Satan while the others stayed but were not totally convinced about who was right.

The Cross Makes Us At One With God

The cross more than atones for sin, it also atones our attitude with God’s attitude. (To atone is to make “at one.”) At the cross we see Satan and see his true colors. While telling the angels he was the only one who really cared for them, at the Cross we see Satan is willing to kill anyone who gets in his way of being number one. Satan is all about preserving self at the expense of others. Meanwhile, at the cross we see the true colors of God. While Satan accused Christ of being selfish, we see that Christ is willing to die in order to save the world. Christ wants to preserve others even at His own expense.